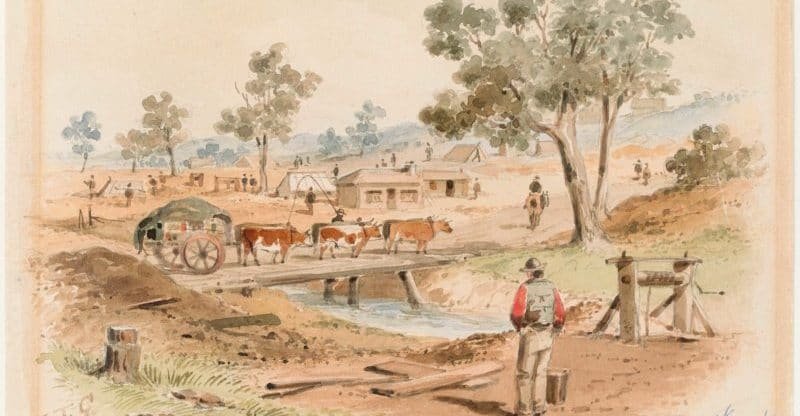 How much gold did Bendigo make? | Where did the name Bendigo come from?| The Original Photographers |

How the original photographers saw the Bendigo gold rush.

The first written report of gold in Bendigo surfaced on December 13th 1851 in the Geelong Advertiser and by June of that following year, more than 20,000 diggers walked the long road to Bendigo to strike it rich.

It’s not certain who first discovered gold but the title is often given to Mrs Margaret Kennedy and Mrs Julia Farrell who popularized the story of Bendigo as a gold rush destination after finding gold in the September of 1851.

‘this is California all over again, but, it would appear, California on a larger scale!’

Its no wonder that people came from as far China, excited with gold fever. By the end of the decade, the population of the Bendigo region reached 30,000 people from all walks of life and nationalities.

The city of Bendigo actually changed its name three times.

In 1851 the township was ‘probably’ named after the creek the gold miners built the settlement along. The local residents used the name Bendigo until the Lieutenant-Governor of Victoria Charles La Trobe appointed William Henry Wright the chief commissioner of the goldfields.

In 1852 William formally proclaim the township as Sandhurst probably because he was influenced by his military upbringing, as he was born in Sandhurst England and attended the Royal Military College, Sandhurst. 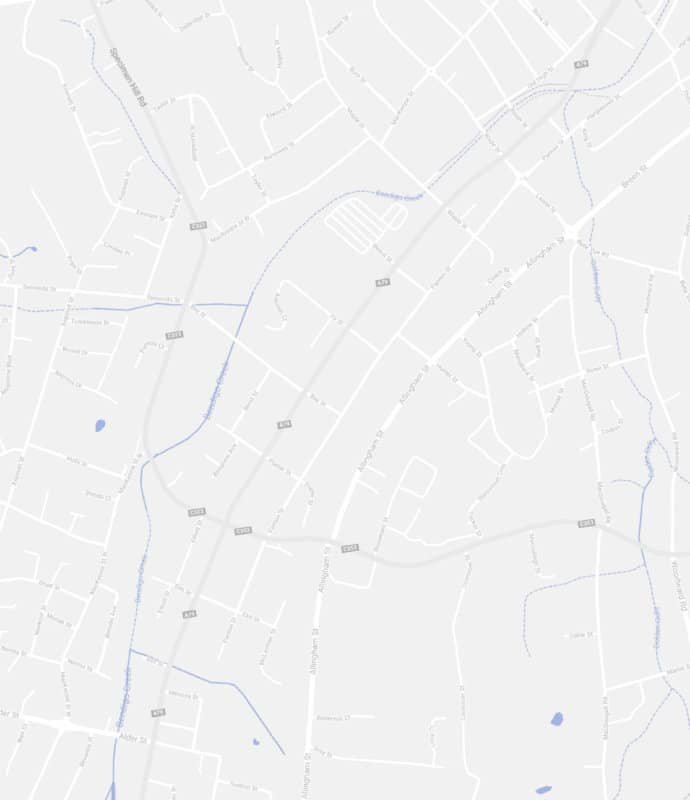 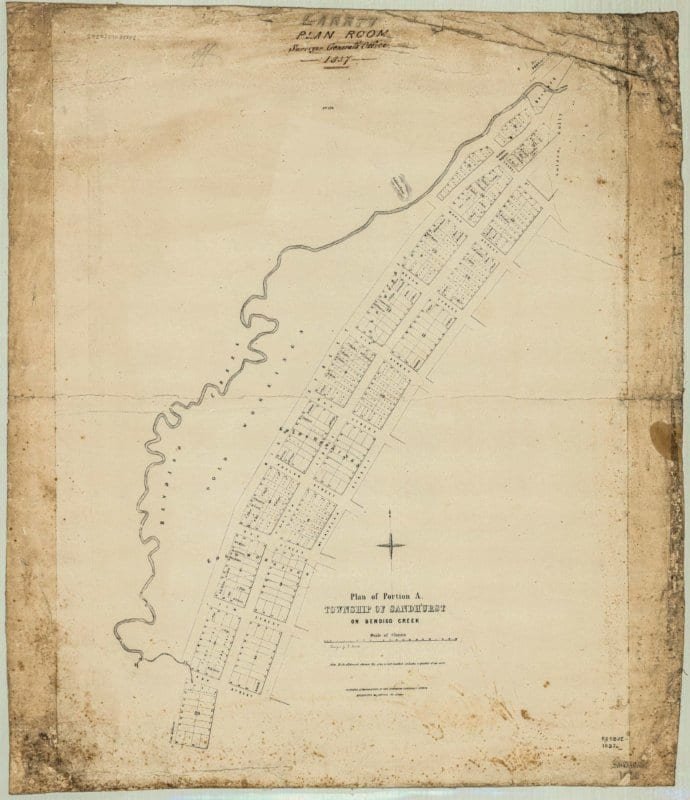 Because of William’s formal position as governor, map makers from the Surveyor-General of Victoria regularly named the township Sandhurst. However, it appears the locals opposed this name as many newspapers clippings from 1851 to 1890 point out that various speakers argued that the name of Bendigo was known throughout the world in connection with the production of gold, whereas the name of Sandhurst carried no such association.

In 1891 a poll was brought before the people that lead to the unanimous decision to go back to the name of Bendigo. With the hopes that it would cement their place in history as a strong gold mining community.

Legends tell that Bendigo was ‘probably’ named after a famous boxer and this is believed to be true because ‘Bendigo’ is not an aboriginal word. However, the exact origin can’t know with any certainty there is a lot to be said about it.

What likely happened was that Bendigo was indirectly named after a local sheep shepherd nicknamed ‘Ben Digo’ who won many boxing matches against rival miners and such the creek was named Bendigo after him, the place where many of these ‘mills’ were fought.

Then after the town of Bendigo was named after that creek.

Samuel T G actually depicted four separate drawings of boxing matches in the founding years of Bendigo, authenticating the legend that men of the founding men of Bendigo got into bare-knuckle boxing matches regularly. Making it somewhat a valid statement that Bendigo is the only Australian town to be named after a boxer.

A common misconception was that Bendigo was named after William Abendnego Thompson, but this isn’t directly possible, because he never travelled to Bendigo, Victoria. He was fighting in England when Bendigo was founded. The reasoning for why he is connected to this long tale is possible the local shepherd got his nickname after the world-famous heavyweight champion, making the legend of where Bendigo got its name a very long tale indeed.

The original photographers of Bendigo didn’t have access to cameras like we do today, never the less that didn’t stop them from going out and using their own sophisticated techniques to capture the stories we still tell today.

Also known by his signature S.T.G was an English-born Australian artist.
He emigrated with his family to Australia in 1839. He started his story telling adventure during the gold diggings in Bendigo.
He spent the next 20 years producing lithographs, sketches and water-colour paintings of Victoria and New South Wales.

S.T.G had his work published in Melbourne and London and was sighted at times as the Artist of the Goldfields, as he produced some of the earliest and most vivid drawings of what life was like during the Victorian gold rush. He was later overshadowed by the up and coming new camera technology of the 1860’s but he continued sketching landscapes traveling on foot as far as Flinders Range, SA, and The University of Sydney.

Thomas Ham an engraver, lithographer and publisher, born on the 17th February 1821 in England. He moved to Melbourne in 1842 with his family and established his own business as the sole contractor for engravings and lithography for the Victorian government. He designed and engraved currency notes for various banks and in his spare time, he visited the goldfields in the early 1850s.

Charles Lyall lived at an encampment in California Gully for a time in the 1850s. He sketched just over 100 drawings of the life of various aspects of earlier Victorians, like that of miners digging 1000 meters below Bendigo or mounted police caravan escorting gold to the ships that transported people and precious ore to Britain.

The short list of Bendigo monuments commemorating the gold rush of 1850.

Golden Square monument was erected in 1922 on Old High St along the Bendigo Creek Trail where the gold was first believed to have been discovered. The obelisk is still there to this day.

The library gardens monument was erected in on the 10th of May 1988 the artwork represents an explosion of human activity over the past century of successful gold mining in the central region of Victoria.

Photos of Bendigo seeks to reliable provide accurate information but encourages users to undergo their own research to access the validity of claims and opinions expressed in this article.